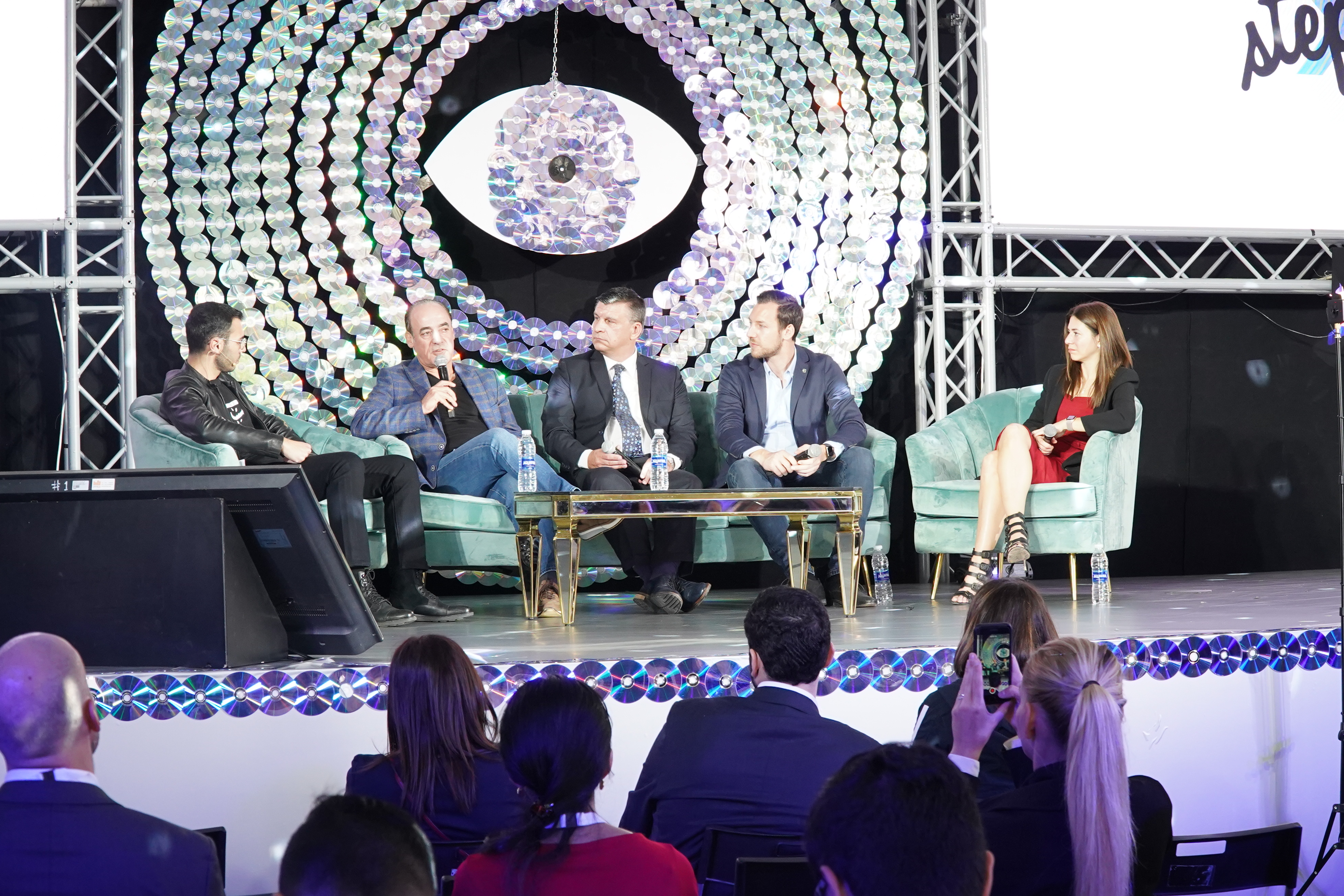 The Future Track features the latest in future of transport and autonomous tech, smart cities, IoT, Artificial Intelligence, and more. Telcos, city planners, automotive companies, and startups gather to discuss what life will look like by 2050.

More Speakers to be Announced Soon 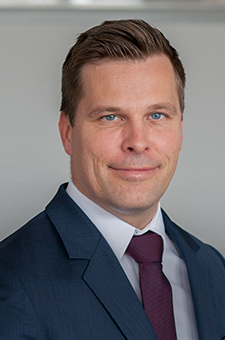 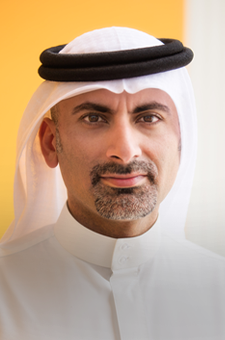 Khaled Al Huraimel is the Group Chief Executive Officer of Bee’ah and has served in this capacity since August 2009. Under his leadership, Bee’ah has transformed from a waste management company to a sustainability and digitalisation pioneer that is setting new benchmarks for quality of life across the MENA region. As the driving force behind Bee’ah’s digital vision for the future, Khaled has facilitated the achievement of several notable milestones. He led the diversification of Bee’ah’s portfolio, spearheading ventures in renewable energy, healthcare, mobility and technology. Bee’ah has always been a technology-driven organisation, and under Khaled’s leadership, it is on track to becoming one of the most digitally-enabled companies in the UAE. A major step towards realising this goal will be the company’s new headquarters, the first fully-integrated AI office in the MENA region and one of the smartest buildings in the world. Khaled is also the founder of EVOTEQ, Bee’ah’s digital transformation venture, which serves private and public sector clients across the region. EVOTEQ is using next-generation technology in its solutions, including AI, Virtual Reality, Next-Gen CyberSecurity, Autonomous Driving and Blockchain. With a focus on Platform and Cloud Services, Business Applications, as well as Smart City and IoT Services, EVOTEQ is leading the region’s largest municipal digitalisation project for the Sharjah City Municipality, as well as Sharjah’s first Tier-3 data centre. EVOTEQ has also facilitated the development of an advanced SmartTrack digital platform for end-to-end supply chain management across industries. Khaled established another Bee’ah venture, ION, which is the first sustainable transport company in the UAE. ION’s future transport solutions include autonomous, next-generation smart-shuttles that are equipped with 3D vision, environment recognition, automatic route navigation and motion-sensor doors. Recently, Khaled also launched the startup re.life, a digital ecosystem that provides smart, streamlined solutions to everyday consumer and business challenges. Today, re.life is disrupting the logistics and recycling sectors by streamlining business-to-business and business-to-consumer transactions. Khalid has been key to the development of several innovations at Bee’ah, including Wastepro+, an end-to-end digital platform that optimises waste collection operations using RFID technology, tracking waste from collection point to sorting. As part of Bee’ah’s consultancy arm, he also oversaw the implementation of a blockchain-based waste permit portal for the Hamriyah Free Zone Authority (HFZA), the first of its kind in the city. A lifelong technophile, Khaled is co-author of the book Imagining Business with AI and is a regular contributor for leading media publications such as Arabian Business, The National, Al Bayan and Gulf News. He is also a prominent speaker in the fields of sustainability and alternative energy around the world, frequently taking part in international events and conferences. Khaled graduated with a bachelor’s degree in Marketing, from King Fahd University, and an MBA from the University of Bradford. He also graduated from the Harvard Business School’s prestigious Senior Executive Leadership Program and the Dubai Leaders Programme at the Wharton Business School. 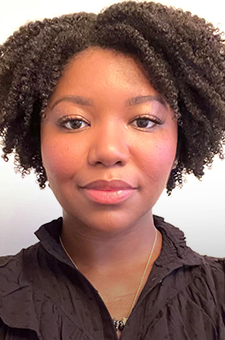 Tameka is a strategist, educator, and futurist, with over a decade of experience working with global technology startups and enterprises. She is currently the Head of Marketing at Sidewalk Labs, an Alphabet company focused on urban innovation. Tameka is also a graduate school professor and lecturer who has taught at institutions including Baruch College, St. John’s University, and Stevens Institute of Technology. Tameka has spoken at conferences and events across the globe, sharing her evolving philosophies on future society and social innovation. She has been featured by Udemy for Business, IBM Think Leaders, the Content Marketing Institute, CMSWire, and the Marketing Artificial Intelligence Institute. Tameka was a 2020 Fortune Magazine Fellow and is an award recipient for work done exploring social impacts of artificial intelligence and other spaces of disruptive innovation. Tameka holds a B.A. in Corporate Communications from Baruch College and a M.S. in Information and Knowledge Strategy from Columbia University. 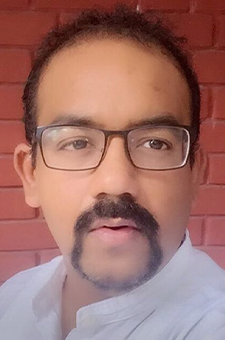 Sujoy Ghosh is the co-founder and CTO of Datacultr tackling the global problem of financial inclusion at Datacultr. He is massively experienced in driving ideas from conceptualization to production and scale, with a keen sense for what it takes to get things done. Prior to Datacultr, he built a startup in the Ad-Tech space which turned profitable and is run by a team of professional managers now. He worked at BlackBerry from 2011 to 2013, leading the App World marketing efforts across APAC, Middle East and Africa. He also built India’s first and largest Telco App Store for Airtel during his stint from 2007 to 2011. Sujoy holds a Master’s in Business from IMI, and Bachelor’s in Information Technology from Delhi University. 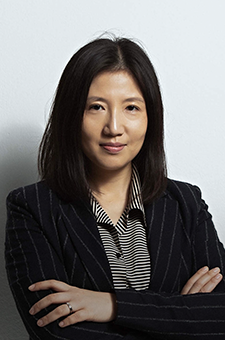 Co-founder & Chief Marketing Officer, Straight Fire. After working as campaign officer at Greenpeace, Bei was Editor-in-Chief and Head of the Chinese Department at Dutch broadcaster RNW Media. She then launched the digital China department at RNW and represented the Netherlands in China during the International cultural & media exchanges. Bei co-founded with Christiaan FIVE group, is a frequent guest speaker on cultural communication and has developed the Digital China minor at the Utrecht University of Applied Sciences. Bei is cofounder and Board Member of Pan Asian Connections (PAC), an aspiring Dutch broadcaster, is on the jury of the Mobius Advertising Awards and keynote speaker at Advertising Week Europe. 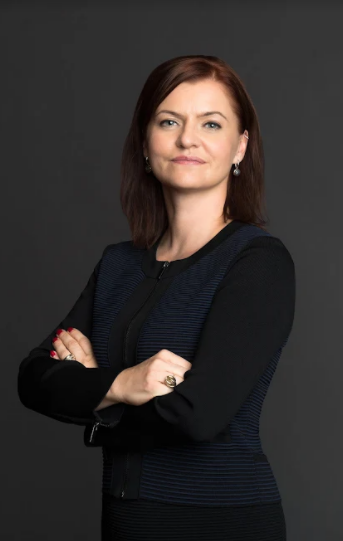 Katarina created Enrupt to build companies of the future based on zero carbon, decentralised and digital energy solutions. Enrupt is a ecommunity of energy innovators and industry professionals. Insights generated through Enrupt research and community activities help us stay up to date with new ideas from across the globe. Katarina has 18 years of professional experience in energy from government & consulting in Europe, Middle East & South-East Asia. Over the past 4 years, I managed 6+ Million USD of energy transition projects for clients in Europe, South East Asia and Middle East spanning across strategy, innovation, research and project implementation. Katarina is currently Member of the Board for Insead Alumni Global Energy Club. Her past roles include Board Member and Vice President of the Alliance for Rural Electrification (Industry association, HQ in Belgium), Female Founders (Non-profit, HQ in Singapore) and Global Committee of Insead Alumni Women in Business.
REFER A SPEAKER